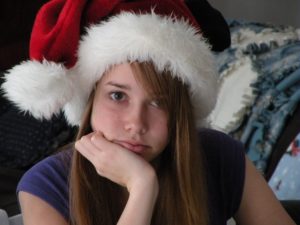 Winter has arrived, and that means one thing for parents and kids alike: less time outdoors. But thanks to the power of the internet, your children never have to be without fun and educational activities. So whether your children want to learn a new musical instrument or you simply want them off the couch, there is an app, video, or online tutorial for that.

Music for the soul. There are a number of reasons children should learn how to play a musical instrument, including stress relief. The Shankar Mahadevan Music Academy asserts that playing a musical instrument can actually increase children’s ability to learn, improve their social life, and build confidence. A few of the most popular instruments are the clarinet and saxophone. Though many children are intimidated by the seemingly complicated woodwinds, helping them understand how they work will go a long way toward piquing their interest and eliminating the mystery behind the instrument.

Get your heart pumping. Lack of physical activity during the winter can lead to behavioral problems due to boredom. Compounded with isolation, stagnant days sitting on the couch can spell big trouble for little bodies. GoNoodle is an online service trusted by millions of teachers and has been featured on Forbes, Huffington Post, The New York Times, USA Today, and a number of other high-profile media outlets nationwide. Older children may prefer YouTube, where they can watch video on everything from fencing to yoga.

Creativity 101. While you can’t put creativity in a box and art doesn’t have to follow rules, your children can learn the fundamentals of color, composition, and even graphic design online. Many classes are free, and you can find inexpensive beginner kits on Amazon or at your local arts and crafts supply store. In addition to boosting your children’s imagination, drawing, painting, and making crafts offers significant mood boosts and can help children enhance their self-worth and identity, according to a study by the National Institutes of Health, which focused on art and music in relation to overall health.

Parlez-vous Français? There are numerous studies that suggest children between the ages of three and four and again between the ages of 11 and 12 are ideal candidates for learning a new language. Regardless of whether you start before they’ve mastered the alphabet or at the onset of puberty, it’s much easier to learn to speak in a secondary tongue before adulthood. A quick search of online language courses will pull up a plethora of results from guided online tutoring to self-paced audiobooks. According to K International, a translation service based in the U.K., the most useful languages children can learn are Mandarin Chinese, Arabic, Spanish, German, Portuguese, Russian, French, Japanese, and Hindi, in that order. Portuguese, French, and Spanish are considered the easiest for native English speakers to master.

Meet and greet new friends. Having a penpal is a lost pastime that used to be relatively commonplace. And thanks to Students of the World, your children can correspond with students their own age from across the globe. While this is not a strictly online activity, your child can harness the power of the internet to learn more about his or her new acquaintance’s home country. Keep in mind, however, that while this and other penpal sites are monitored by responsible adults and teachers, it is your responsibility as a parent to screen your children’s correspondence to ensure the people on the other side are who they say they are.

Thankfully, there will be days when the sun shines or a soft snow falls, and you and your children can get out and enjoy the crisp winter air. But on the days when the thermometer dips a little too low for comfort, there is never an excuse for boredom.

Books that will make you cry

Books that will make your kids laugh